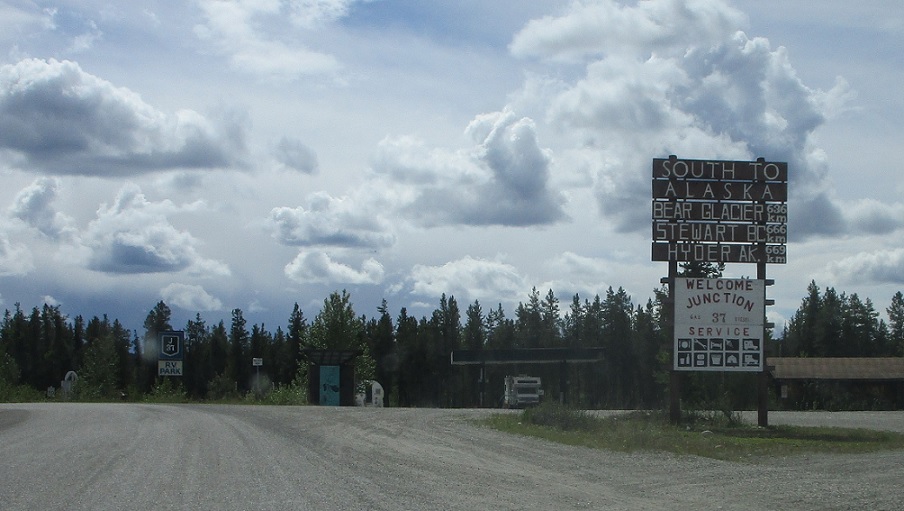 Big wooden mileage sign as the Cassiar Highway begins. We’ll only be in the Yukon for a few kilometers.

Official reassurance shield as we head away from the Alaska Highway services. W to BC Provincial Line, E to YT-4