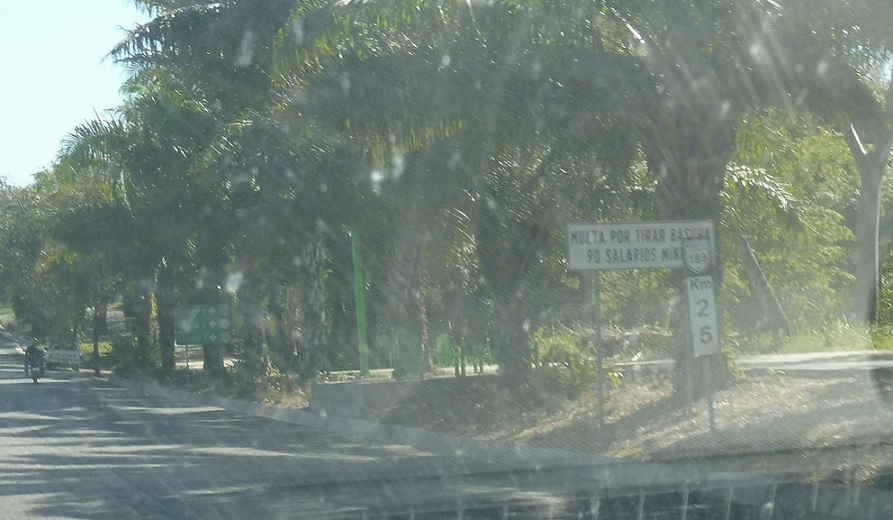 Reassurance shield after the Chiapas 10 junction. 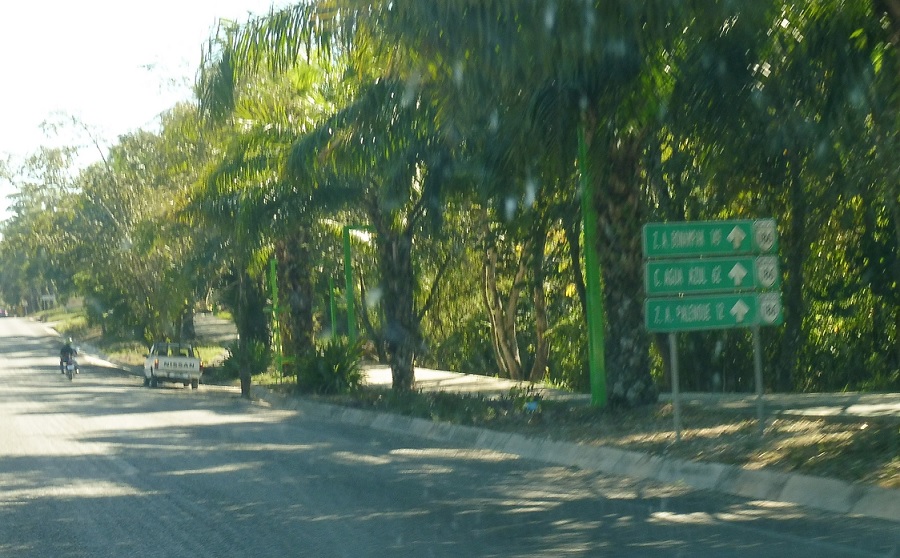 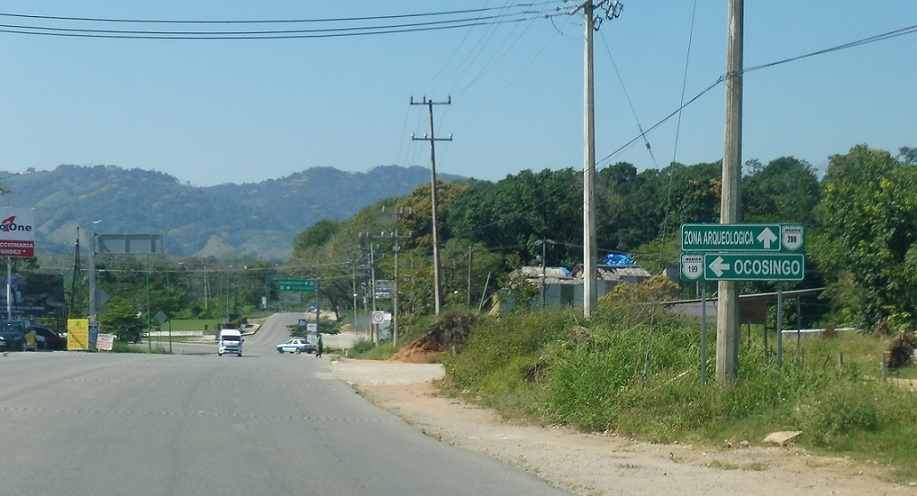 A couple kilometers later, we’ll approach the turnoff to the ruins. Keep right to head to the amazing Palenque ruins. Keep left to continue on 199 to Ocosingo. 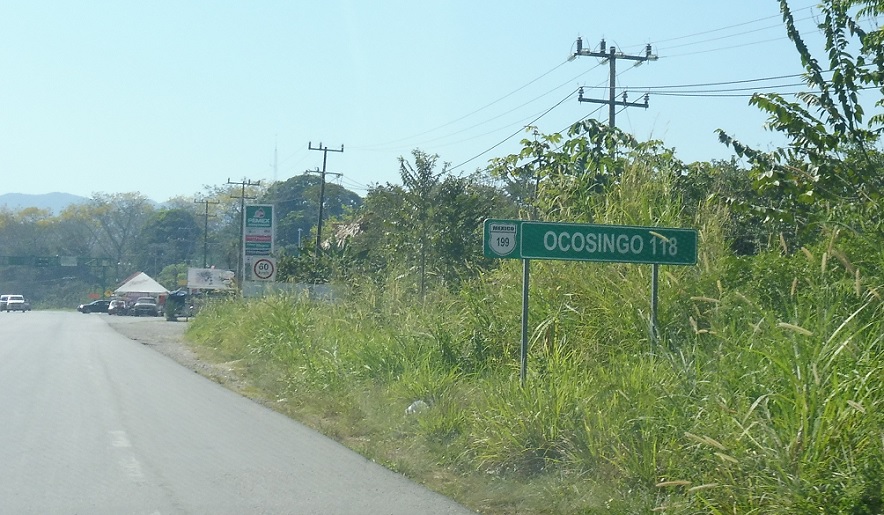 118 km to Ocosingo after the turn. 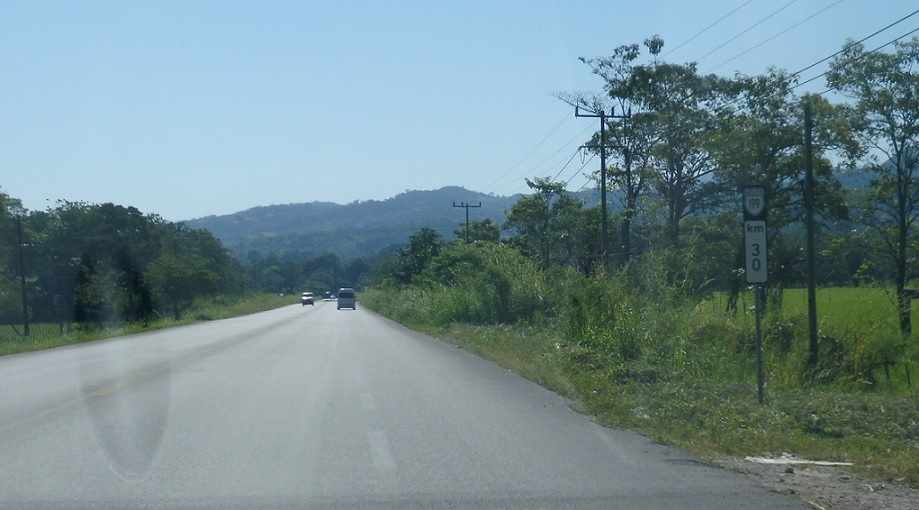 Reassurance shield as we head out of Palenque. 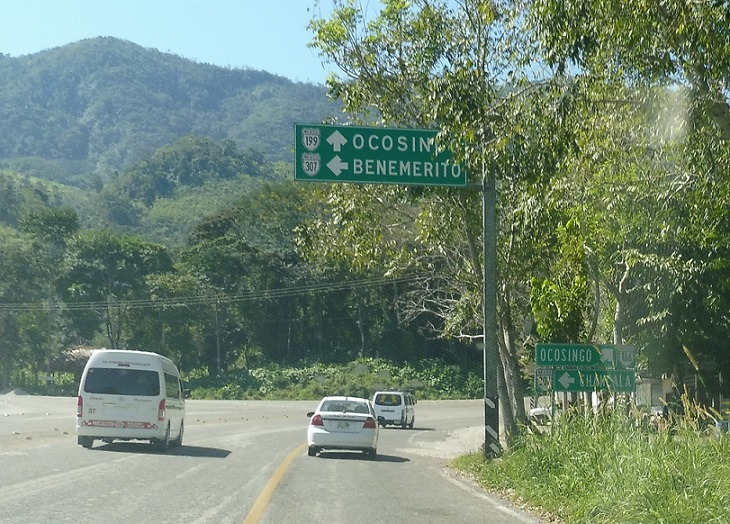 Follow 307 to Benemerito on the Guatemala border. Keep right for 199 south, incorrectly signed on the ground-mounted sign as 186.